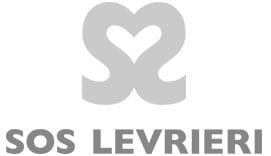 The Quarry Greyhounds by Marion Fitzgibbon

In April 2012 a young woman was out walking her dogs in Ballyagran, Co. Limerick. As she was walking through the fields she heard her dogs barking and followed them up a hill where she discovered a disused sand pit which had been used as a mass grave for dead and decomposing greyhounds.

Limerick Animal Welfare was immediately notified and they contacted the local Guards. However, the police were slow to act stating that the land was private property and they would have to contact the land owner.

Local Vets were slow to react also and only became involved when the media showed an interest. As some of the greyhounds were not fully decomposed it was possible to identify the tattoo numbers of 3 of the unfortunate dogs involved. Under the new Greyhound Welfare Legislation which became law in January 2012 the registered owners of these 3 greyhounds will now be prosecuted. The Court Case will be held on April 26th and this will be a landmark case as it is the first time a registered greyhound owner will be prosecuted and held responsible for the condition of his greyhound.

Greyhound owners can no longer say their dogs were stolen or that they sold them or make any other excuse.

f the Registration is not up to date the last registered owner in the Stud Book will be held responsible. We await the decision of the Court on the amount of the Fines which will be imposed.

We hope that this will make greyhound owners more accountable for their dogs and that in future registration of greyhounds will be kept up to date.